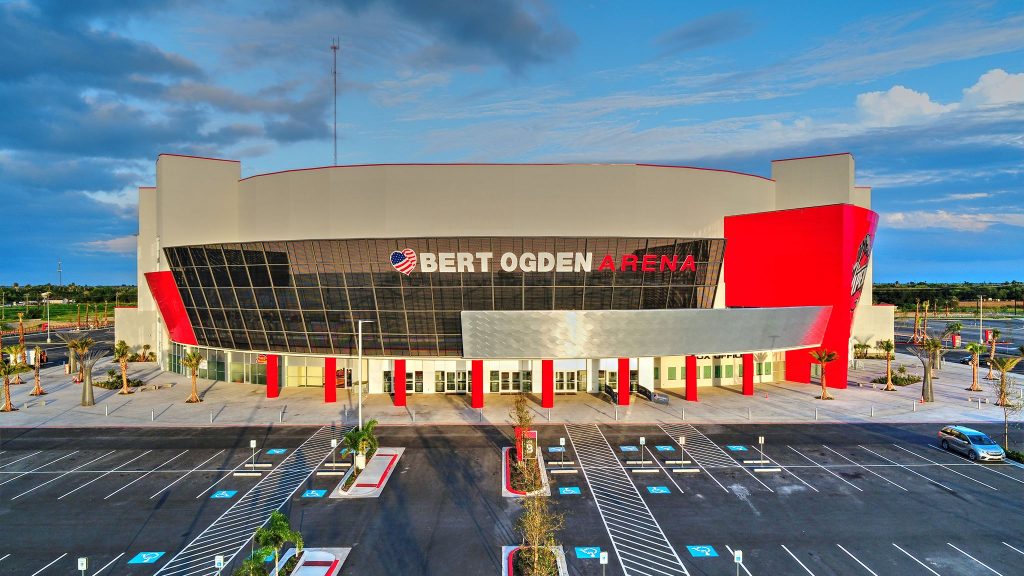 Bert Ogden Arena will serve as a polling site for November 3, 2020 General Election

EDINBURG, Texas (Tuesday, Sept. 14, 2020) – Bert Ogden Arena, home to the Rio Grande Valley Vipers, will serve as a polling site for the 2020 General Election, it was announced today. BOA will be open as a polling site on Tuesday, November 3.

“The Vipers organization have always been committed to voter registration and the participation of the Rio Grande Valley community,” said Rene Borrego, Vipers CEO. “We are more than thrilled to partner with Bert Ogden Arena to provide access for our community to exercise their right to vote.”

Bert Ogden Arena will be one of more than 70 polling locations in Hidalgo County on November 3. The home of the Vipers is spacious enough to host as a polling site that allows all voters to socially distance during the COVID-19 pandemic. Not only are voters able to put their ballot for the presidential race, but they are able to elect local judges, school board heads and many more. In addition, voters 65 and older will be receiving an application to send in their mail-in ballot.

Hours and address for the Bert Ogden Arena polling site:

“Being able to provide our community a safe place to vote here at Bert Ogden Arena is in keeping with what we have been doing during this difficult time,” said Ron Patel, Bert Ogden Arena’s President. “We have served our community through food drives, blood drives, COVID-19 testing, hurricane relief efforts, and now as a safe place for Valley residents to come out and make their votes count.”

All voters will be required to wear face coverings at all times while at Bert Ogden Arena. In addition, physical distancing requirements of at least six feet will be enforced.

About the RGV Vipers and NBA G League

The three-time champion Rio Grande Valley Vipers are the NBA G League affiliate of the NBA Houston Rockets. The Vipers won the NBA G League Championship in 2010, 2013 and 2019. In 2013, the Vipers were also named the NBA G League Development Champions, which recognized the team that best embodies the NBA G League’s goals of developing NBA-caliber basketball talent via call-ups and assignments. The NBA G League is the NBA’s official minor league, preparing players, coaches, officials, trainers, and front-office staff for the NBA while acting as the league’s research and development laboratory. Featuring 28 teams with direct affiliations to NBA franchises, the league offers professional basketball at an affordable price in a fun, family-friendly atmosphere. In fostering the league’s connection to the community, its teams, players and staff promote health and wellness, support local needs and interests, and assist in educational development through NBA G League Cares programs. Fans can watch all NBA G League games on gleague.nba.com